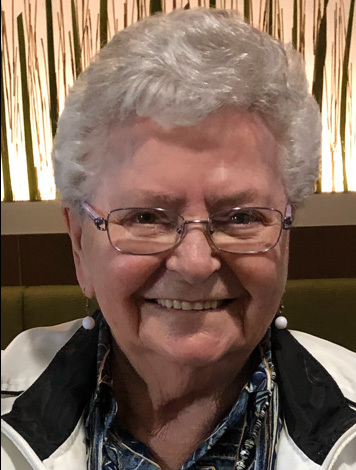 Theckla K. Stang was born October 9, 1931 in Macklin, Saskatchewan to Alexander A. and Anna Weinkauf (nee Gartner). On July 26, 1954, she married Sylvester A. Stang. Together Tedi and Silver raised six children; four boys and two girls, Cynthia, Dwayne, Bruce, †Dale, Lorne and Audra. On January 8, 2020, with her family by her side, Tedi passed away peacefully at the Provost Health Centre at the age of 88 years. She is in God's loving care now, and reunited with Silver, her kind and dear husband of 58 years. Tedi will be forever missed by her five children, Cindi Plant (Greg) and their children, Mackenzie and Spencer; Dwayne Stang and his children, Candace (Greg) and their daughter, Brianna; Derek and his son, Landon; Bruce Stang (Bernadine) and their children, Dustin (Meghan), Jared (Brenda) and Conner; Lorne Stang (Shirley) and their children, Jordan and Kelsey; Audra Walz (Lee) and their children, Amy, Jenessa, and Megan; as well as her brothers, sisters, other relatives and friends. Theckla was predeceased by her husband, Sylvester “Silver” Stang and infant son, Dale Stang.