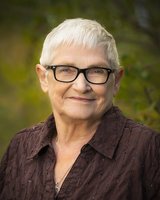 Donna was born in Whitewood, Saskatchewan on October 5, 1939 to Don and Mabel MacDonald. She was the oldest of 4 children. On October 19, 1959, Donna married Jim Paice and together they raised 2 boys, Kelly and Todd. Donna spent 75 wonderful years in Whitewood raising her family and working, but in 2014 she decided to relocate to Lamont to be closer to her family. She was extremely proud of her family. Donna enjoyed coffee with her friends, traveling to Mexico, baking, Saskatchewan Roughriders, and any time spent with her grandchildren and great-grandchildren. Sadly, on February 20, 2020, Donna passed away at the age of 80 with her family by her side at the Lamont Health Care Centre. She will be forever missed and lovingly remembered by her two sons, Kelly (Valerie) Paice, Todd (Liz) Paice; four grandchildren, Ashley (Shaun) Strumelak, Brad (Kirsty) Paice, Monique (Kevin) Welsh, Livia (Sheldon) Paice; six great-grandchildren, Blakely, Dylan, Bekkam, Laikyn, Cohen and Calleigh; as well as numerous other relatives and friends. Donna was predeceased by her husband, Jim; two sisters, Joan Roe and Marion Vigar; brother, Bob MacDonald; and nephew, Mike Gaucher.