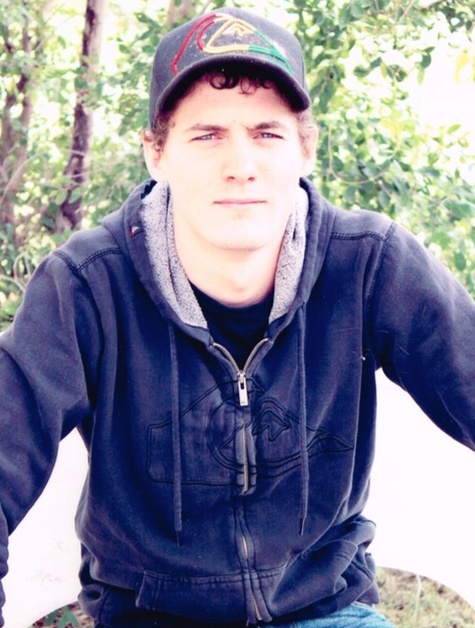 Brett was born on April 24, 1987 in Hardisty, Alberta to Larry and Christine Quast. Brett was raised in the Hardisty area and always considered it home. Brett was always a happy kind spirited boy as a young boy you could always find him outside most days playing with his big tonka toys. His love of big trucks, started very early on. He knew exactly when his dad would get home and would often be seen going for a ride. Brett spent a lot of his early years at Grandma and Grampa’s on the family farm building forts chasing chickens & geese riding bikes and playing with his numerous cousins. It was during these years that Brett’s lifelong friendships between his cousins began. Brett enjoyed spending time with family, camping/fishing trips all over Alberta & Saskatchewan and sledding in the mountains of B.C. with his dad. Brett attended Amisk elementary school during his formative years later on attended high school in Sedgewick. After high school Brett’s first job was working for his Uncle Cecil Davidson as a pipeline laborer. Later he worked in the oil field as a rig hand and laborer. But it always came back to his love of big trucks that found him working alongside his dad. Working with his Dad’s trucking company up north in Conklin, Alberta. And most recently Brett was working in the oilfield for a trucking company out of Unity. Brett was an avid collector of hockey cards and gaming. Brett loved computers and as a teenager he would be found up late at night programming and playing games online. Brett’s teenage years found him exploring life with his friends and finding himself. His family expanded during these years as he became an Uncle. Brett would go to visit their parents but really, he went to see his nieces and nephews and he would be found playing with them or teaching them about everything from computers to automotive repair. It was during this time that he found Chantelle and began a relationship. This is one of the happiest times in Brett’s life as he became a Daddy to Madisyn. It didn’t take long before this little girl had him wrapped around her baby finger. Unfortunately, Brett passed away unexpectedly in his home on April 25, 2020 in Cadogan, Alberta at the age of 33 years. Brett is survived by his daughter, Madisyn Lynn Quast; his partner, Chantelle Torpe; mother and stepfather, Christine & Dwayne Frycz; sisters, Breanne (Erich) Reiche and their children, Nathan and Rebekka; Brittany (Mike) Kavanaugh and their children, Mia, Kierra and Savannah; Step-Brother, Brent Frycz and his children, Bethany and Connor; as well as numerous aunts, uncles, cousins and friends. He was predeceased by his father, Larry Quast in July 2014. Brett was a gentle soul who wished no one any harm and tried to do no one any harm. He, no doubt, is as grieved as we are that his unwanted death has caused so much pain. But, no doubt too, he asks for our continued love and affection and, especially, for our understanding. A Graveside Service will be held at the Provost Cemetery. Due to Covid-19, this will be limited to Brett’s immediate family. A Memorial Service will be held at a later date, for family and friends when it is safe for everyone to gather together. In lieu of flowers, please make a donation to your local mental health association.