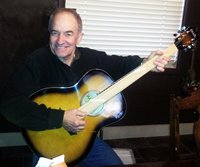 Kent Walter Kozlinski was the only son of four children born to Johnny and Eva Kozlinksi. He was welcomed home by his older sister, Penny and became older brother to Dana and Julie in later years. He took all his schooling in Cadogan and Provost. He then completed four years at the University of Alberta obtaining his B.Sc. in Microbiology and Botany. Kent started his musical career at the age of 13, in Uncle Clink Johnson’s band with sister, Penny, playing guitar. In later years, he joined Harvey, Albey, Timmy McNalley and Stan Kreiser in the band called Midnight Special, they even got to play “live” on the radio! He financed his University, and living expenses for many years playing and singing as a single. He also enjoyed their duo with his very good friend Warren Smistad, mostly in the Calgary area. He was so talented. Kent was very athletic and was a perfectionist. He excelled in sports including baseball, softball, golf, curling, skiing, hunting and calf roping. Like his music, his dedication and persistence was reflected in all these. For example, he started golfing in the pasture in about grade seven. He won his first golf tournament in Provost at the age of seventeen. If he were to take on a new interest, he researched, practiced and perfected it before he even did it in public. This was before Google and YouTube, so it was no small feat. He even mastered photography this way as well. We are shocked and saddened to announce the sudden passing of our dear brother, uncle and great uncle, Kent. Kent passed away on May 6, 2021 at the Lloydminster Hospital at the age of 71 years. Kent is survived by his sisters, Penny (Don), Dana (Leon) and Julie (Colin); nieces and nephews, Bradley (Barb), Daryl (Cathie), Pam (Mark), Derric (Montana), Kelsey (Ryan) and Johnny; great nieces and nephews include, Abby, Emma, Zachary, Meloldie, Kaylie, Liam, Kane, Bradyn, Darby, Brett, Kale, Harper, Lucas and Leo; auntie, Marjorie Kozlinski is his only surviving aunt; as well as too many cousins and friends to list. Kent is predeceased by his parents, Eva and Johnny Kozlinski. Cards can be directed to: Dana Laye P.O. Box 90 Cadogan, AB T0B 0T0 Please see below a audio video of Kent singing the song Help Me Make it Through the Night. He was 21 years old when he recorded this.