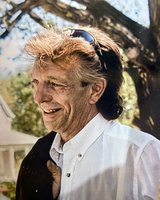 Derald Ralph Sieben was born on July 25, 1954 to Albert and Annastasia Sieben in the small town of Macklin, Saskatchewan. In 1978 he met Lianne Berger. Derald and Lianne married on July 19, 1986 in Langenburg, Saskatchewan. In 1989 they settled down in Pense, Saskatchewan. Just a few years later, their first and only daughter was born, Natasha. That little girl of his, was his world. Derald retired in 2018, after the birth of his grandson. He was always a family man and had eagerly awaited the moment he could retire and babysit his grandkids. He was blessed to enjoy many moments with both of his grand babies over the past few years. They loved their papa deeply and he loved them even more. Derald was a jack of all trades, having many different jobs over the years. Yet, he was still always looking to try something new. Even as retirement approached, you would often find him joking around and saying, “I’m still not sure what I want to be when I grow-up”. You could often find Derald in his garage welding or building something. He truly had a fine eye for detail and always took great pride in anything he did, especially when it came to restoring his antique vehicles. He was a loving husband, amazing dad and the best papa his two grandkids could ask for. Derald will be greatly missed for his kindhearted nature and sense of humor that always brought laughter during any moment. Derald peacefully passed away on August 13, with his family by his side in Regina, Saskatchewan after a difficult battle with cancer. He is survived by wife, Lianne; daughter, Natasha (Frank); grandchildren, Kayson and Eliannah; brothers, Ron (Tracy), Elmer (Linda), Pat (Brenda), Dale (Jacquie) and Ernie (Tamara); along with numerous nieces andnephews. Derald was predeceased by his father, mother, many aunts and uncles and a handful of cousins.