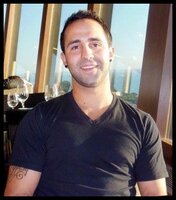 It is with a sense of terrific sadness and unimaginable loss that we announce the passing of Joshua John Vollman. Josh passed away unexpectedly on December 5, 2021 at the age of 33. Josh was born on June 7, 1988 in Provost, AB to Shane & Carmy. He spent his childhood in Macklin, SK until he moved to Sylvan Lake, AB as a teenager and played hockey for the Sylvan Lake Lakers. Josh had many passions in life and was a travelling soul full of life and energy. He could get along with anyone. He could be your best friend in matter of minutes. If you were fortunate enough to know him, he left a mark on your heart. Josh was full of laughter and charm with an unforgettable smile. He was caring and thoughtful and wouldn’t hesitate to give to those in need. He was naturally athletic and took pride in the sports he played. He had a passion for fitness and could spend hours in the gym. He was one of the most genuine people you would ever meet. Through and through, he was unapologetically himself. Josh was a father to two beautiful girls that he loved deeply and cherished the moments spent with them. Josh will be forever missed by his daughters, Macy and Vienna; parents, Shane and Carmy; brother, Jarrett; sisters, Jessie and Jasmine; and grandmother, Ursula; as well as many nieces and nephews. Josh was predeceased by his grandparents, August and Violet Vollman, Ann Vollman and John Schonheiter; uncles, Pete Schonheiter and Gerald Leibel; and best friend, Quinton Jiricka.