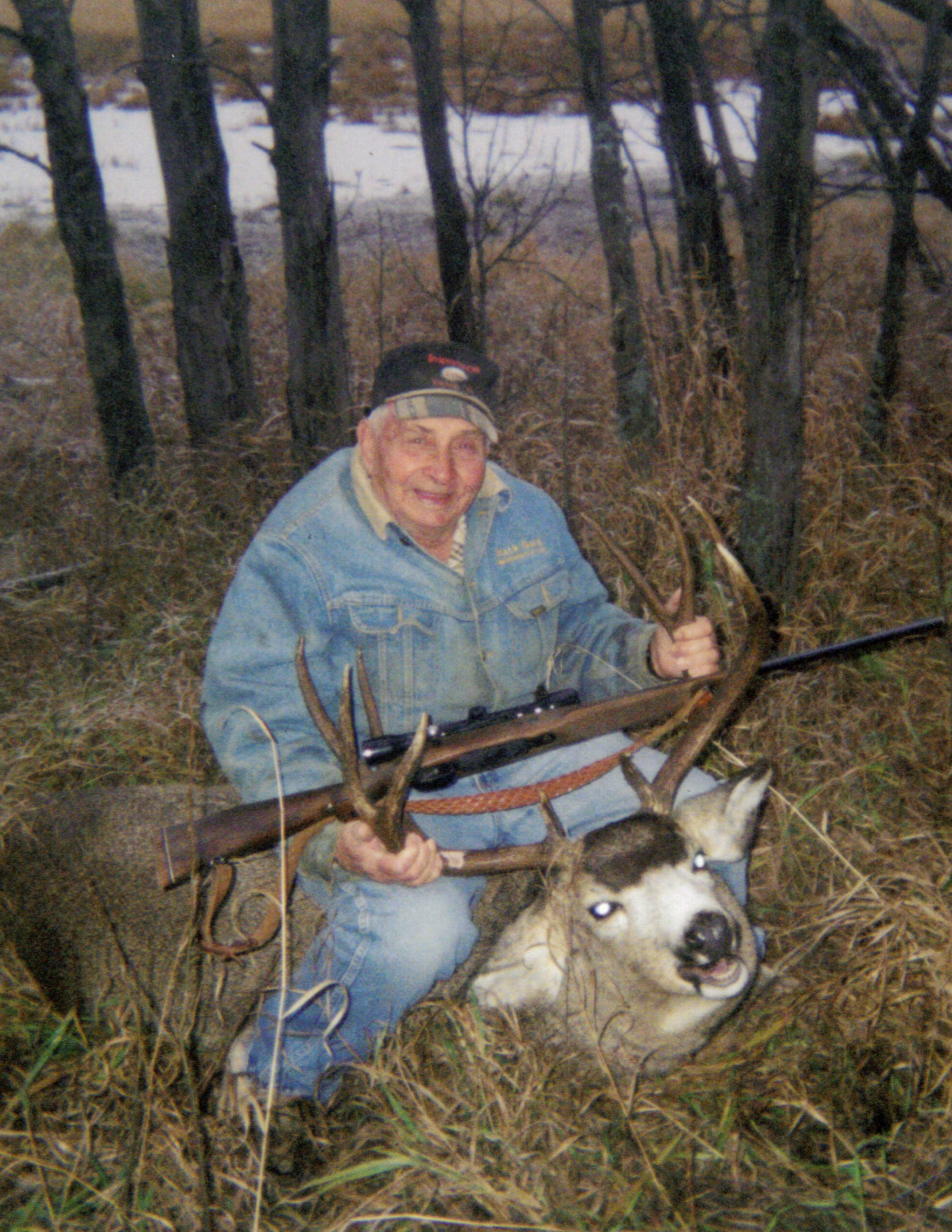 Glenn Gordon Prediger was born on November 16, 1922 near Cadogan, Alberta to Frederick and Hazel (nee Stevenson) Prediger. Glenn was the fourth of five children to be raised on the Prediger farm, a place he came to love very much over the course of his life.

Glenn eventually met Leona Heisler and over time they fell in love. Glenn and Leona were married on May 10, 1957 and together went on to have their own family of five. Three boys and two girls. Their five children eventually led to eight grandchildren and four great grandchildren. Glenn was very proud of his family. To be called Grandpa and Great Grandpa was one of the greatest honors for Glenn. He loved being called Grandpa, even by people that weren’t related to him.

Glenn was an avid rancher, farmer and hunter. Few things other than family brought him the joy that his farm did. Part of this love was his appreciation for animals. Horses, Cows, Chickens, Cats and Dogs. He always knew the name and tag number of all his cows.

In 2010, Glenn and Leona moved from their beloved farm to Wainwright. Although not being on the farm was difficult for Glenn, he was able to enjoy the farm life with frequent trips to the farm and going for rides in the country.

In the fall of 2017, Glenn made his final move to the Wainwright Auxiliary where he passed away peacefully on July 14, 2019 with his family by his side. He was 96 years old.

In true Glenn fashion, we encourage you to wear casual clothes. Jeans, western shirt and a hat. Just like Glenn would have wanted.

Share Your Memory of
Glenn
Upload Your Memory View All Memories
Be the first to upload a memory!
Share A Memory
Plant a Tree