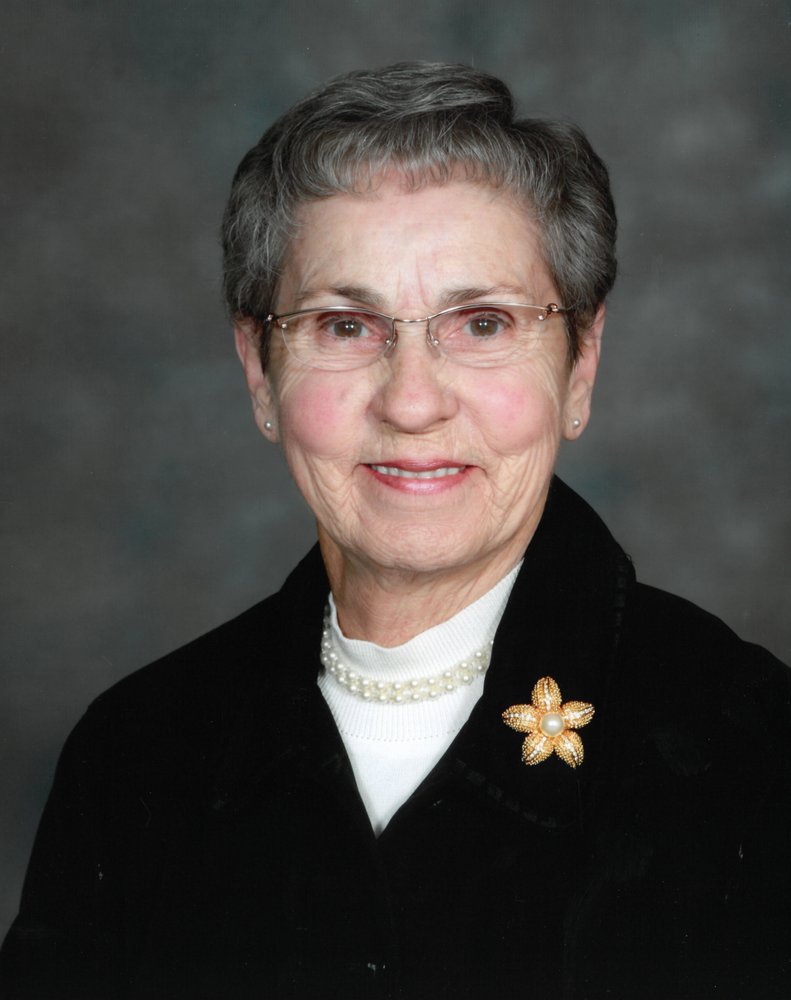 Georgina Mary Nelson was born in Macklin, Saskatchewan on November 12, 1937 to George and Rosina (nee Gramlich) Weinkauf. Jean as she was called was one of nine children.

She attended Bride School until grade 9. At a young age she helped out the family by working for various farm families and at the grocery store in Provost, Alberta which was owned by Lloyd Spilde. That grocery store is where she met her future husband, Edwin Nelson, whom she married on October 29, 1958 at Camrose, Alberta.

Edwin and Jean lived and worked on the family farm north of Hayter, Alberta where their only son, Fred was born in 1961. They resided on the farm until Edwin’s passing in February of 1998. In the fall of that year Jean moved to Provost, Alberta where she would call home for the next 20 years. In that time she met David Nett, who became a constant source of friendship, support and companionship after Edwin’s passing.

Jean unexpectedly passed away on August 3, 2019 at the Royal University Hospital in Saskatoon, Saskatchewan at the age of 81 years.

Share Your Memory of
Jean
Upload Your Memory View All Memories
Be the first to upload a memory!
Share A Memory
Plant a Tree