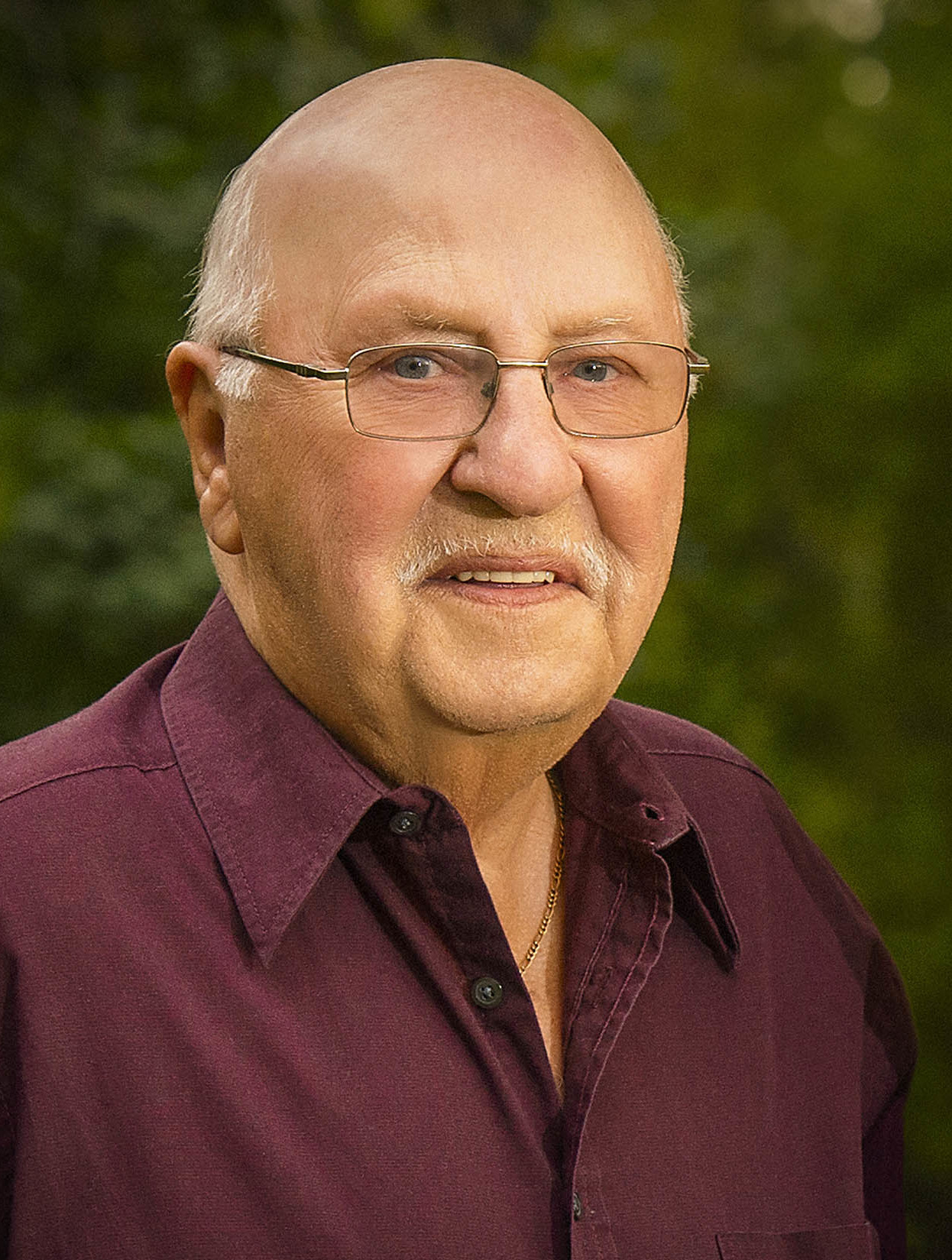 Wilfred Francis Fleck was born in Provost, Alberta on January 16, 1936 to Peter and Catherine (nee Gramlich).  Wilf was the fourth child of six children.

Dad grew up in the Bodo district and spent his younger years helping on the family farm.  He always had a love of sports and music which were such a big part of his life throughout the years.  Although he was known as the “Insurance Man” in town, his love and heart was still on the farm and he enjoyed many drives out in the country.

Dad and Mom (Marge Weinkauf) were married on October 26, 1968 and celebrated their 50th wedding anniversary last fall with their family.  They were blessed with 3 children – Laura, Connie and Colin, along with 7 grandchildren.

Dad shared his musical talents alongside many friends, playing in many different bands over the years.  His guitar or banjo often made an appearance at family functions.  His retirement years consisted of weekly card games, whether with friends or family, and he enjoyed his bus trips to the casinos with his bus buddies. Wilf always had time for a good conversation with friends. He and mom enjoyed dancing and travelled to endless polkafests near and far.  His likeable personality and sense of humor shone through and served as a magnet to all who met him.

Grandpa had a special relationship with each of his grandchildren. He took a genuine interest in their daily activities and followed them all around the province to watch their sporting events, whether it was hockey, baseball, softball, volleyball, soccer or dance.  He was their biggest fan and the kids looked forward to their calls from him to talk about their events.

Dad received a devastating blow of being told he had lung cancer just a few days before he passed away.  He embraced the news with courage and hope.  His sense of humor was present right up to his passing.  Dad passed away peacefully with his family at his side at the age of 83 years.

He leaves behind his wife of 50 years, Marge; children, Laura (Glen Sieben) and their children, Danyn and Logan; Connie (Irvin Deck) and their children, Ryan and Amy; Colin (Candy) and their children, Carter, Jarret and Isaac.  He is survived by his sisters, Adeline Fischer and Loretta Hummel; brother, Gabe (Angie); sisters-in-law, Ida Fleck and Dorothy Fleck; as well as numerous nieces, nephews, other relatives and friends.

He was predeceased by his parents, brothers, Arnold and Gilbert; brothers-in-law, Adam Fischer and Joe Hummel.

His love of family and friends will always be remembered and cherished.

Share Your Memory of
Wilfred
Upload Your Memory View All Memories
Be the first to upload a memory!
Share A Memory
Plant a Tree