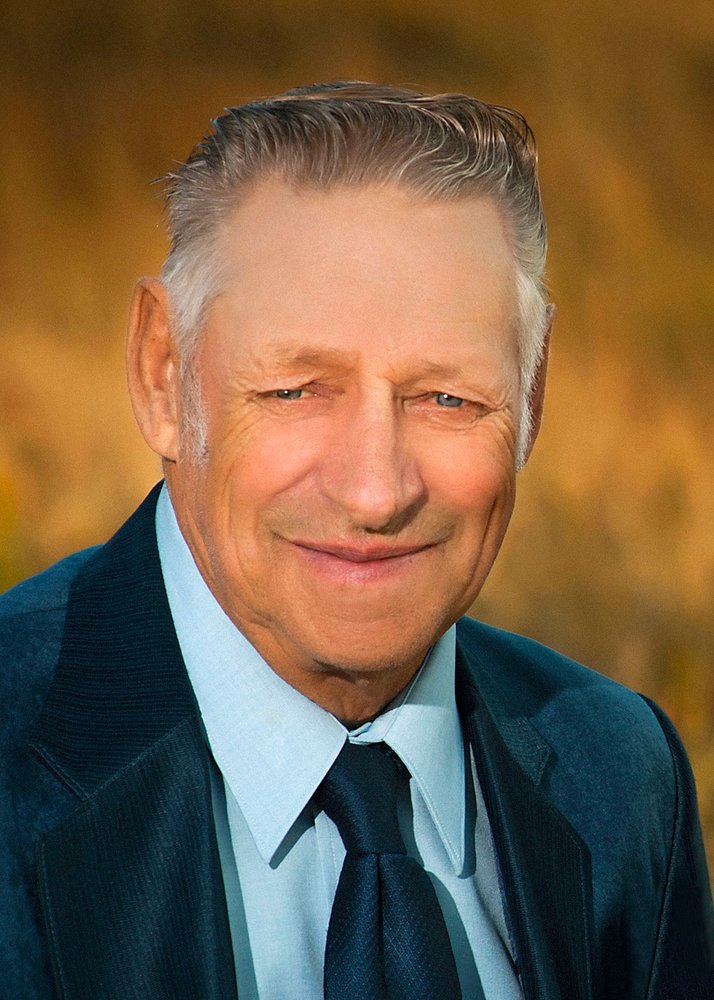 Lloyd Louis Downing was born on June 1, 1934 in Provost, Alberta to parents, Vern and Olga Downing.

Lloyd spent his first eleven years in the Bodo-Hayter area and started school at the Maypole one-room schoolhouse.  In 1945, the family moved to his Grandpa Israelson’s homestead at Metiskow, Alberta, where Lloyd was the oldest of eight Downing children. When his father was injured, Lloyd quit school in grade 8 to take on responsibilities of looking after the farm. Some of his first jobs were on threshing crews.

After attending his brother Glen’s wedding on Texada Island, British Colombia in 1956, Lloyd and his friend, Tim Colp moved out there to work at a gypsum quarry. In 1957, he came back home and worked for Gilles Construction running a Cat and scraper unit.  He worked for Gilles for three years running various equipment in the summer and in winter he would work in the company’s shop at Tees, Alberta.  Construction projects included Highway 600 west of Provost, the Hardisty-Coronation road and Highway 21 near Hay Lakes. He was a natural operator and he earned the title of “Metiskow Kid”.

He had itchy feet and he went long-haul trucking with his friend, Marvin Green. They hauled frozen meat down from Edmonton to California and then brought fruit back to Canada.

His next venture was with Christensen & McLean Roofing in Edmonton, with whom he had a gravel truck contracted. In 1964 he took over the Metiskow homestead and continued with gravel trucks and construction equipment on the side.

Valentine’s Day, 1969 Joan Froland brought her co-worker, Una, home with her for the weekend. Lloyd was introduced and they courted and eventually married on December 2, 1972. To this union was born Brian (1975) and Murray (1976).

Thanks to Mr. Pierre Trudeau (and his outrageous interest rates), Lloyd had to return to off-farm employment in 1980. He started at the M.D. of Provost as a seasonal worker hauling gravel for 10 years, then transitioned to full-time employment for another 10 years. He retired in 2000 after hip surgery, then remained on the farm raising cattle until 2014, at which time he and Una moved to Provost.

Share Your Memory of
Lloyd
Upload Your Memory View All Memories
Be the first to upload a memory!
Share A Memory
Plant a Tree