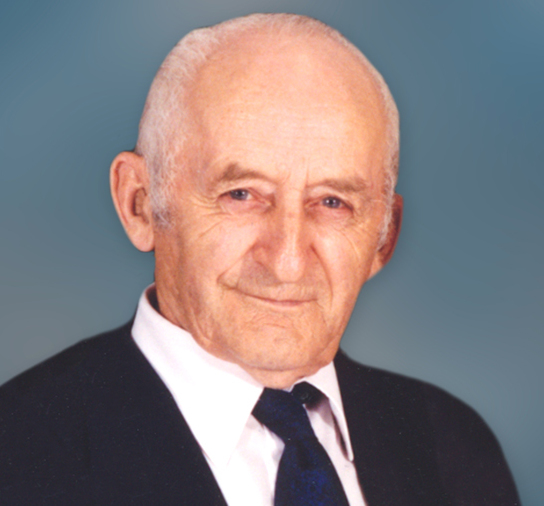 Maurice Turcotte, went to be with the Lord on Wednesday, October 2, 2019 at the age of 96 years.  Maurice was born and raised in Northern Ontario with his five sisters and seven brothers.  His family moved West in 1938 and settled in the Chauvin area.  Times were tough and Maurice remembers hunting for rabbits and partridges to keep food on the table and the boys having to sleep in the granary because there wasn’t enough room in the house for all of them.  When he was eighteen, he joined the air force.  The Turcotte family moved back East but Maurice and his brother, Lionel settled in the Chauvin area and started farming.  On June 20, 1949 Maurice married Marie-Yvonne (Mary) Benoit who had been born and raised in Chauvin; their marriage was a beautiful love story that many got to witness throughout the years.  Maurice loved his farming roots and always said, “Farming is a wonderful life, I was able to raise my large family and have food on the table every day, what more can a man ask for.”  Through the years, Maurice enjoyed spending hours in the pig barns, gardening, being involved in the church, helping others, and spending time with family and friends.  Though he had many children and grandchildren, he made each one feel special in our own way and always had the cards out for a game of cribbage.

Maurice is survived by eleven children and their spouses, Annette and Dan Bacon, Denise and Grant Hager, Gerald and Trish Turcotte, Richard and Alieta Turcotte, Claire and Kevin Graham, Claudette and Tom Reid, John and Veronica Turcotte, Rita and Danny Petrie, Marie and Brent Allen, Carmen and Paul Luthje, and Janine and Gil Altamirano.  He is also fondly remembered by forty grandchildren, forty-four great grandchildren, and four great-great grandchildren.  He is also survived by four sisters, Fleurette, Norma, Pauline, and Lorraine, and numerous other relatives and friends.

The family would like to thank the staff of Hillcrest Lodge and Provost Long Term Care for all the love and care they gave to Maurice.

Share Your Memory of
Maurice
Upload Your Memory View All Memories
Be the first to upload a memory!
Share A Memory