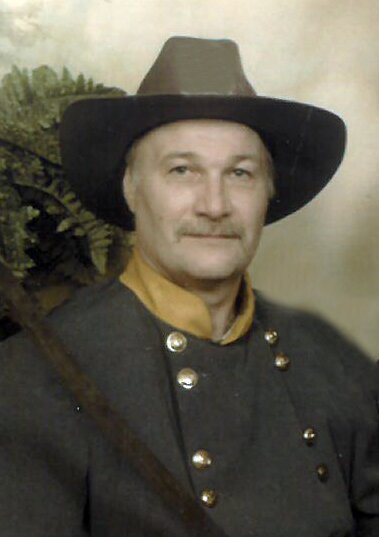 Dennis Michael Fisher was born January 20, 1960 in Kerrobert, Saskatchewan to Anton (Tony) and Thelma Fisher. He was the second eldest of five children. Later the family moved to Provost, Alberta where Dennis attended school and graduated in 1978. The following year, the family moved to Leduc, Alberta.

Dennis had many jobs in various communities throughout his early years, before finally settling down in Leduc, where he lived with his brother, Glenn. In the following years Dennis’s eyesight would start to fail and he would later be declared legally blind.

In 1992, Dennis met and married the love of his Life, and soulmate Brenda. They remained in Leduc until Dennis started working at Barrit Oil Field and Maintenance for Marty Paulgaard which brought him back to the Provost area. In 1998, Dennis and Brenda moved to Cadogan, Alberta and in the years to come Barrit Oil Field and maintenance would sell out and Dennis would go on to work for John Sullivan with M & J Oilfield. He continued to work at M & J as their number 1 dispatcher for the next 17 years.

Dennis loved music, his and Brenda’s three indoor cats and watching the N.F.L and N.H.L., the Edmonton Oilers were Dennis’s favorite team. He was an avid listener to audio books, listening just about every day. Dennis also enjoyed a good chat, he was a great conversationalist, he was easy going and a man of his word.

Dennis passed away suddenly on June 10, 2022 at the University of Alberta Hospital in Edmonton, Alberta from Creutzfeldt Jakob Disease, a rare brain disease caused by the Prion Virus.

Dennis will be forever missed and lovingly remembered by his devoted wife, Brenda; mother, Thelma; sisters, Anita (Norm) and Lucy (Del); and brother, Glenn (Germaine); along with close friends and people he met along the way. Dennis was predeceased by his father, Anton; and younger brother, Pat.

There will be a Celebration of Life for Dennis on Saturday, September 24, 2022 at 3:00 p.m. at the Cadogan Hall. Dennis’s wife Brenda would love if friends and family would wear anything related to The Edmonton Oilers as they were his favorite N.H.L team.

In lieu of flowers, for those who wish to help, there is an Estate Account set up at the Provost C.I.B.C.

Share Your Memory of
Dennis
Upload Your Memory View All Memories
Be the first to upload a memory!
Share A Memory