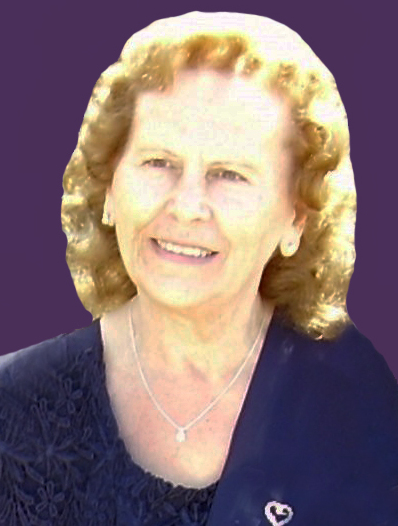 Please share a memory of Marie to include in a keepsake book for family and friends.
View Tribute Book

Marie was born in Germany November 24, 1941 to Rosalie and Josef Grunsky. She came to Canada at age 8 with her mother and brother, Nick during the war that took her birth father. They settled on a farm north of Hayter where her mother remarried Leo Scheck and gave her five more siblings. Some memories from her siblings include Marie helping her mom with housework as well as outside chores like feeding, watering the animals and milking cows. She would sing while doing chores. Her brothers’ favorite song that Marie would sing was "How far is Heaven ".  Marie met her future husband, Wendelin Vollman at a dance and the rest is history.

They were married in Chauvin on July 11, 1964 and settled on a homestead south of Provost where they raised five children, Julie, James, Robert, Ryan and Chris.

Her love for all her family, children and the Lord was without limits. Her baking and cooking skills also had no limits as most of you who know her would whole heartedly agree. For some reason, the words "No thanks, I'm full" she just couldn't hear and you'd also usually leave with a fresh baked something or other. Her kids made the wonderful mistake of buying her a baking rack and she kept it overflowing. Her kids, grandkids and great grandkids felt words like gratitude, love, empathy, kindness, courageous, ambitious, respectful, and helpful barely begin to describe the type of person she was. She was loved by many.  Marie loved her garden, canning, quilting, sewing, babysitting, and always helping anyone who asked. She was a long-time member of the Catholic Women's League as well as a member of the Rosenheim Historical Society.  Marie moved to Provost from the farm in the summer of 2013 and lost Wendelin to an accident later that same year. In April of 2015, she suffered a major stroke which limited her physical abilities but not her ambition or determination. She recovered well enough to live independently until last fall in October when another stroke put her in the lodge.

She continued to do well until she suffered another stroke on June 19th.

Marie was predeceased by her husband, Wendelin; brothers, Nick Grunsky and Ken Scheck.

A Mass of Christian Burial will be held on Saturday, July 9, 2022 at 10:30 a.m. at St. Mary’s Roman Catholic Church in Provost, Alberta with Father Christopher Selvaraj Rayappan SAC officiating. Interment to follow at the Provost Cemetery.

Donations gratefully accepted to the Heart & Stroke Foundation or the Provost Community Handi-Van.

The family would like to extend a tremendous thank you to everyone who helped make Marie's journey through life a successful one in both the good and challenging times.

Share Your Memory of
Marie
Upload Your Memory View All Memories
Be the first to upload a memory!
Share A Memory