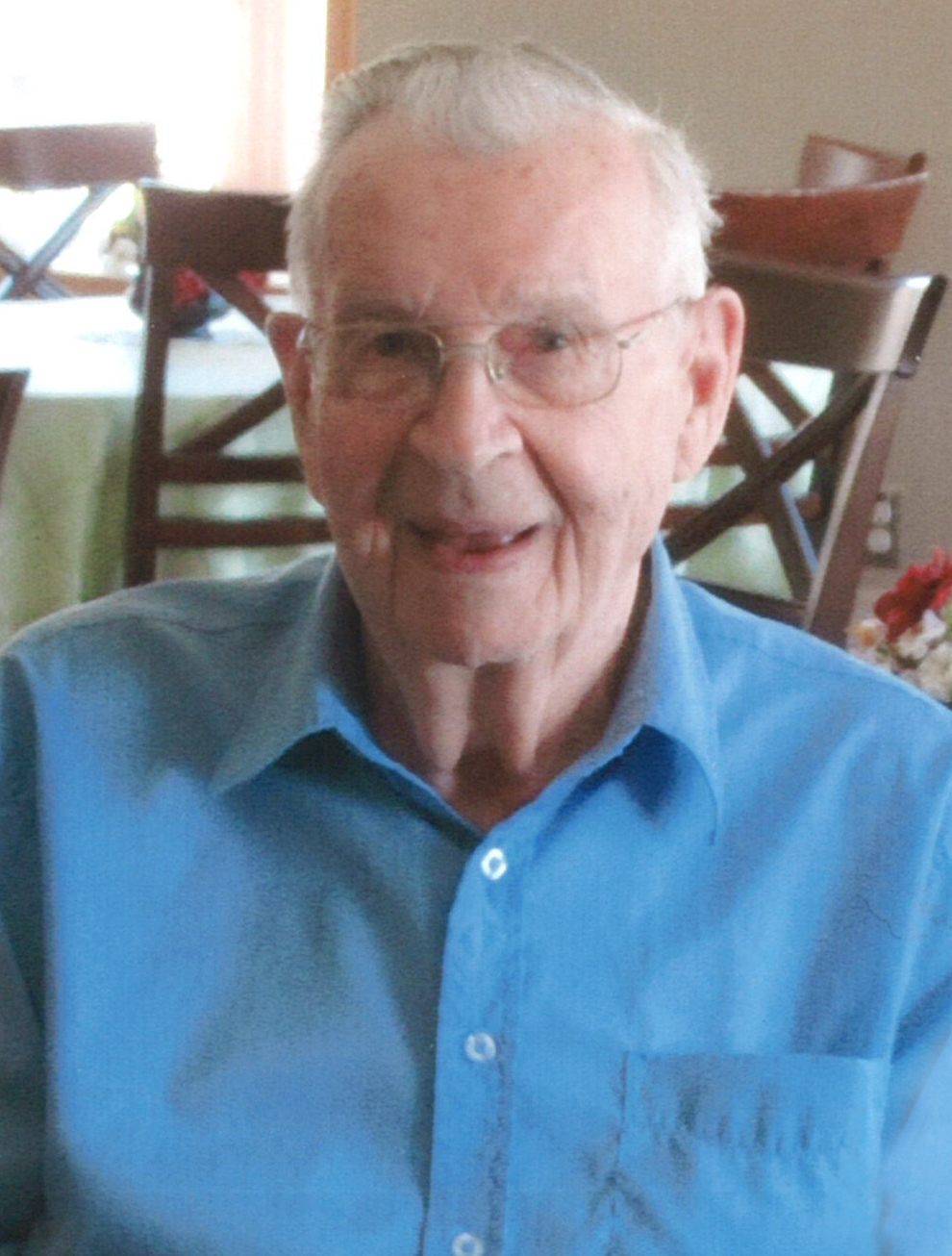 Please share a memory of Raymond to include in a keepsake book for family and friends.
View Tribute Book

Raymond Ryan, youngest son of Hugh Urban Ryan and Catherine Helena Shane, died in Unity on November 1, 2022 at the age of 92. Ray grew up on the Ryan homestead between Macklin and Primate and continued farming there until the late 1990’s.  He married Margaret Stang in 1960 and together they raised six children—Ed, Tom, Lorne, Mary, Rich and Cathy.

Dad and Mom’s connection started when she was his nurse at the Macklin hospital in 1959.  Soon after they started courting and from the stories the main image that stuck in our minds was that he would visit her and the Stangs with our white Mercury grain truck.  He quickly discovered he was gaining 16 brothers and sisters-in-law and he was warmly welcomed into that family and those friendships and connections have endured, even after Mom’s passing in 1998.

Dad’s greatest asset was his memory. He was a “Rayopedia” of names and events. He knew the Ryan/Shane history inside out even though most of those relatives are still in Ontario.  He even remembered the names of the horses from when he was a child.  His most special memories were of his school years at Hampton School and no one’s name from that era was ever forgotten.

His patience and kindness were legendary and his one-line witty comebacks when greeting someone always put others at ease. He taught us all kinds of games to help us pass the winter and our sense of sportsmanship was shaped by his example. If any of us had any troubles, he stood by each of us in getting through any difficulties.

While we never labelled Dad and Mom as workaholics, we witnessed them daily attending to every farm and household chore without complaint, and their work ethic was passed on to each of us.  There were few idle moments.  This was not unusual for our area as we were surrounded by many like-minded hardworking neighbours up and down the Correction Line.

Dad’s final 20 years were spent in Unity at Luther Place condominium where he enjoyed gardening for many years, followed the Blue Jays from April to October, and was spoiled rotten by the women there dropping off pastries.  Many thanks to his immediate neighbours, Elaine Sperle and Floyd Lauinger, for their special attention to him.  Special thanks, finally, to the staff at Unity District Health Centre who provided care to Dad in his last two weeks.

Dad was predeceased by his parents, his wife, Margaret and her parents, Reinhold & Mary Stang and his brothers, Leonard and Lloyd (as well as others who died in infancy) and sisters-in-law, Rose, Josie, Mary, Etta, Angela, Vera, Wendy, Marie and brothers-in-law, Alex, Steve, Clarence, Joe M. and Ronnie, and grand-daughter, Danyn.

He was survived by his brother, Ernest, and his children, Ed (Win), Tom, Lorne, Mary (Larry), Richard (Renee) and Cathy (Jordan) and grandchildren, Stephen, Kendrah, Loukys, Reegan, Ryan, Deanna, Lena, Tara and Chelsea and numerous brothers and sisters-in-law on the Stang side.

Mass of Christian Burial will be held on Saturday, November 12, 2022 at 1:00 p.m. at St. Mary’s Roman Catholic Church in Macklin, Saskatchewan with Father Bill Stang and Father Binu Rathappillil officiating. Interment to follow at the Lakeview Cemetery.

If travelling from Alberta, please remember to allow for the one hour time difference.

Share Your Memory of
Raymond
Upload Your Memory View All Memories
Be the first to upload a memory!
Share A Memory