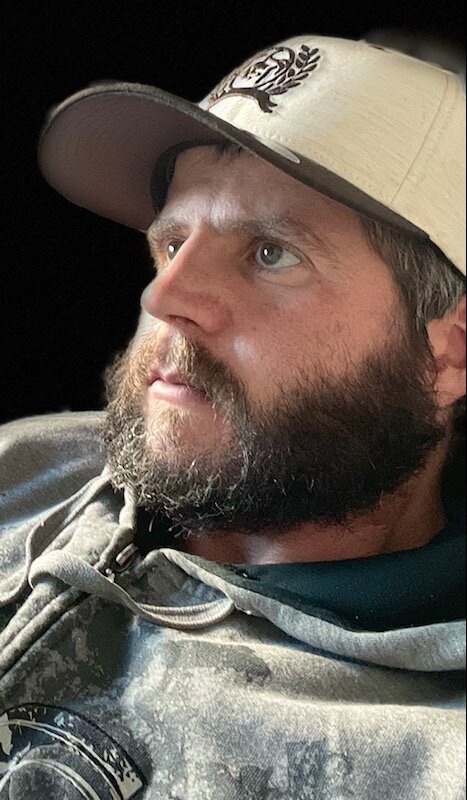 Please share a memory of Mike to include in a keepsake book for family and friends.
View Tribute Book

It is with great sadness and disbelief that we announce the sudden passing of Micheal Sheldon Deleff at his home on the family farm east of Consort, Alberta on November 10, 2022.

Mike (as he preferred to be called) was born January 7, 1981, in the Consort hospital, he was the third son for James and Lynn Deleff. Mike was born with a debilitating disease Osteogenesis Imperfecta (brittle bones) which he struggled with all his life. The pain and stress were unbearable, he was tougher than anyone I know for all he went through.

He had a lifelong passion for horses that started at an early age. Later, with experience from some friends and watching videos, he bought his first horses and took great pride in training them. His constant companions were his two dogs, Hank and Pup, who were there with him until the end.

He loved working with cattle, calving time was special to him, whether it was helping with a calving problem or getting a newborn calf mothered up. He trained Hank to help move and work with cattle, a job they both loved to do.

When something needed welded or fixed, Mike was always eager to help. He especially liked to drive the cutter at silage time. Hunting was another passion of his and he was so proud when he got one of the biggest bucks in the area that year.

As time passed it got harder for Mike with all the injuries he sustained and with every injury he was left more debilitated. When he felt good, he would try to help as best he could. The last few years were the worst dealing with a broken leg, numerous surgeries, lengthy hospital stays, and battling ongoing infection.

Mike loved kids and when Kaiden joined our family, he became the shining light Mike needed.

Kaiden was Mike’s shadow, everywhere Mike was Kaiden was. When Kaiden got sick with cancer, it broke Mike’s heart. I remember when Kaiden came home from the hospital, his priority was to see Mike, he wanted to stay overnight with Mike because in his words he “had to look after Mike, because someone had to”. I told him they could look after each other.

Mike is survived by his parents James and Lynn Deleff, his brothers, Rob (Beverlee) and their children, Brooke, Ashley, and Rylan; Jesse (Lyndsay) and daughter, Kerstin; his friend of 4 years, Sara and numerous relatives and friends.

Share Your Memory of
Mike
Upload Your Memory View All Memories
Be the first to upload a memory!
Share A Memory