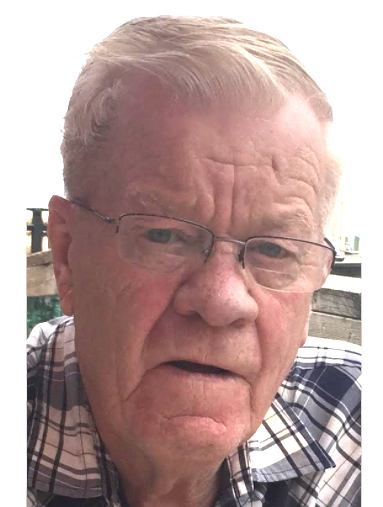 Please share a memory of Cliff to include in a keepsake book for family and friends.
View Tribute Book

On November 30, 2022 Clifford Roy Haggerty, more commonly known as Cliff, passed away at the Provost Health Centre at the age of 81 years.

He was born November 24, 1941 to William and Frances (Jess/Payzant) Haggerty at the family farm near Halls Harbour, Nova Scotia. He grew up with six older and three younger siblings. After working in Nova Scotia and learning of a job from his older brother, Rae, Cliff came out to Alberta. In Provost, he met and worked several years for Bill Sullivan Sr. Eventually, he went to work for Jack and Melvina “Mel” Morrell.  After Jack’s passing, Cliff worked for Mel. They fell in love and married on November 30, 1965. With Mel and her four boys, Harold, Ken, Art and Gerald Morrell, they lived on the farm 10 miles north of Provost. Roy and Philip Haggerty were born in the following years and in 1974, Cliff built a new house on the farm. He loved farming. In the winters, he first focused on raising pigs, then cattle, then chickens, and turkeys, all of which he loved much less than farming. Later, he supplemented the farm income at the Provost Livestock Exchange, driving school bus, and welding at Grant’s Welding. When time and money allowed, he traveled back to Nova Scotia for short holidays and family functions. Cliff and Mel traveled extensively in their later years. Several years after Mel passed, Cliff married Donna Busk and added her son, Darin, to the family. Cliff and Donna enjoyed traveling as well. During the winter, Cliff enjoyed curling, bowling and playing cards - especially bridge, and golfed during the summer. He was a fixture at the Provost and District Museum where he loved restoring equipment and buildings. After Donna passed, Cliff moved to Provost in 2018.

He was predeceased by both wives, eight siblings, one stepson (Harold), and two grandchildren (Cheri and Chris Morrell).

Donations in memory may be made to the Provost and District Museum.

A funeral for Cliff will be held on Thursday, December 8, 2022 at 2:00 p.m. at the Provost United Church with Reverend Greg Parker officiating. Interment to follow at the Provost Cemetery.

Share Your Memory of
Cliff
Upload Your Memory View All Memories
Be the first to upload a memory!
Share A Memory