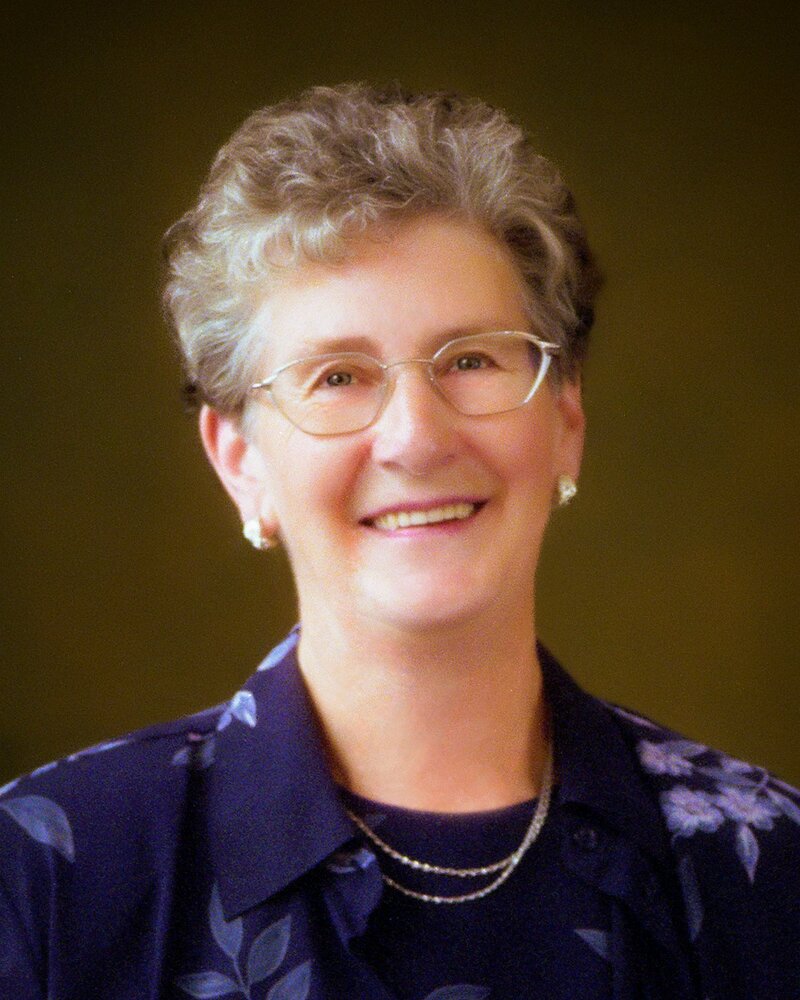 Please share a memory of Connie to include in a keepsake book for family and friends.
View Tribute Book

Connie Austin was born in Nanton, Alberta to parents Florence and Fenwick Meacham.  Much of her young life was spent in the Calgary area.  Being the daughter of a teacher, she attended various rural schools throughout Alberta where her mother taught, finishing school in Provost.

After leaving school, Connie went to work at the hospital in the kitchen.  Eventually she went to work for Mr. and Mrs. John Kraft who lovingly taught her what a real family was.  She learned to cook and bake, making an apple pie every day for coffee time and how to garden.  The Kraft boys took her to various activities in the community and she met Dad attending a school dance.

She married Richard Austin in 1950 and together they purchased the Joe York ranch north of Provost where they lived for the next 53 years.  We have many great memories of growing up on that farm with free entertainment teaching us the value of hard work.

Mom and Dad helped with various activities including 4-H and Gymkhana. They eventually took up square dancing and forged lifelong friends through this. There were many dances attended, camping weekends, and travelling with friends.  They were avid sports fans of their grandkids, and they could be seen sitting in the stands for their ball, hockey, curling and volleyball games.

Mom was a very strong-willed lady overcoming many obstacles in her path of life.   Mom was an excellent seamstress, sewing her square dance outfits, formal dresses, and everything in between.  She even tackled carpentry and autobody work.  Many hours were spent gardening, attending to her flowers, feeding birds, and baking. She had rhubarb tall enough that she could hide in when someone came in the yard she didn’t know.   She was quite the perfectionist and it had to be done right and done well.

In 2003, Mom and Dad moved to Provost into a smaller home and yard which she loved.  After dad’s passing in 2006, she stepped up the volunteering for various organizations such as the UCW, Museum, Hospital Auxiliary, Drop In Center and Old Time Dance Club.

Connie eventually moved into the Hillcrest Lodge taking life a little easier and with her health declining, she moved over to the Provost Long Term Care in 2019.  She passed away peacefully on January 8, 2023, at 90 years of age.

A funeral for Connie will be held on Friday, January 20, 2023 at 2:00 p.m. at the Provost United Church with Reverend Greg Parker officiating.