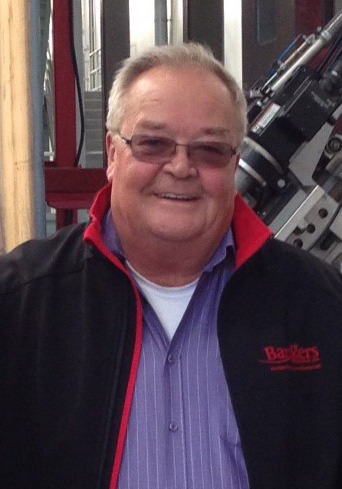 Please share a memory of Rick to include in a keepsake book for family and friends.
View Tribute Book
Richard Carl Landmark was born on June 4, 1951 in Provost, Alberta to parents, Elmer and Betty Landmark. Rick married Trudy Laye on December 6, 1975. Together they raised their four children, 3 sons and 1 daughter on the family farm South of Provost. This family soon grew with the addition of 5 Granddaughters. Papa created a special bond with all his girls and all have such special memories. Rick was very skilled in all things mechanical, wood working, construction and electrical. One would say he was a jack of all trades and he would never hesitate to help family and friends when they needed a hand. Rick led a life full of family, camping, card playing, gardening, and fishing. Rick loved people, conversation, his work and time with friends and family. To say Rick was a bit of a prankster, doesn’t even come close. He was always plotting and planning jokes and pranks. This was something he took very seriously and always put so much thought and effort into pulling off these unthinkable gags. If you know Rick, you know how true this really is. There aren’t many conversations that involve Rick that don’t retell or reminisce years of Ricks jokes. If he really liked you, you were surely a target. The relationships that he created with his work here and overseas were such an important part of Rick’s life. They were not just coworkers and friends they were FAMILY. Rick passed away on January 9, 2022 at the Provost Health Centre at the age of 70 years. He will be forever missed and lovingly remembered by his wife of over 46 years, Trudy; children, Cody (Brandee) & their daughters, Ashlyn, Kady, and Brylee; Kyle; Wade; Amber & her daughters, Aubree & Romie; brothers, Erick (Carol) and Dean (Shelly); sisters, Janet Spence and Donna Worobo; brothers and sisters in law, Dale Rimmer, Reany (Lana) Laye, Leon (Dana) Laye, and Darcy (Terry) Laye; as well as numerous nieces, nephews, other relatives and friends. Rick was predeceased by his parents, Elmer & Betty; parents in law, Albert & Helen Laye; sister, Greta Rimmer; brothers in law, Ken Spence and Raymond Worobo.
Print
Tuesday
18
January

2:00 pm
Cadogan Agriculture Society Hall
Cadogan
Cadogan, Alberta, Canada
Rick’s Funeral Service will be open to the public and will be following the Restriction Exception Program, which requires all to provide Proof of Vaccination (2 weeks post second shot) or a negative COVID Test within 72 hours to attend. *If travelling from Saskatchewan, please allow for one hour time change*